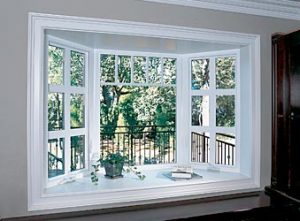 For thousands of years mankind has been turning sand into glass and whilst the production process has become more refined and automated over the years the basic ingredients stayed pretty much exactly the same.

Someone who measures such things, which can only have been a double glazing company, found that if the sand used in the creation of glass was devoid of iron and iron oxides that a lot more heat would pass through such a window as radiation.

I think we could be forgiven for thinking then that we never want windows created without iron in the glass as that would just increase the heat loss overall.
For a moment though, think of a one way mirror. Imagine that the heat from the sun could get in but that once inside it could not get out.

The net effect then would be to have windows that actually heated the inside of the home or business. Totally green heating.

That is precisely what has been achieved and they did it by using a chemical they spatter on the inside of the glass. This spattering is totally invisible to the naked eye but it reflects all radiated heat back into the room.

You can learn more about this and how such double glazing is made here in the UK at Planitherm window manufacturing. Other enhancements which are happening in the world of double glazing include such things as a glass which cleans itself, which is absolutely ideal for things like conservatory roofs and the very latest in painted glasses which are ideal for things like kitchen splash backs and surrounds.

In the same way that mankind learned to put men on the moon before they discovered they could put wheels on luggage, so it has been with glass and double glazing. Enormous strides have happened almost unseen in just about every aspect of glass in the last few years.

There is now toughened glass in many forms for everything from bullet proof windscreens to complete building floors and windows as in the Spinnaker Tower building at Portsmouth.

Laminated glass. Yes we all immediately think of windscreens but there are many, many more uses for this simple concept. Go and find out what is double glazing?